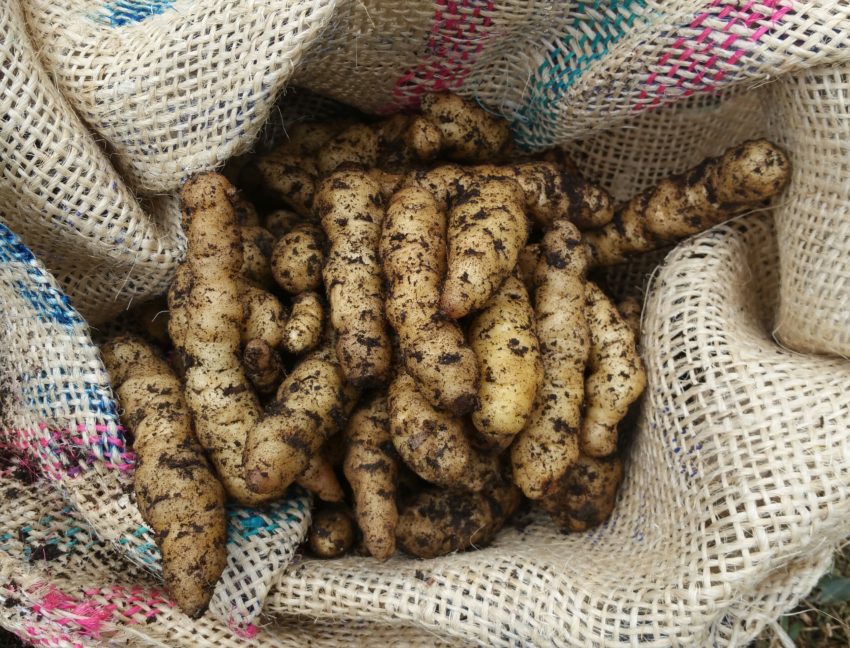 Last year my twin sister was gifted five Ozette seed potatoes at the University of Washingtons’s Indigenous Foods and Ecological Knowledge Symposium. She gave them to us to plant. We divided them between two very large pots in the Spring and harvested them in October. They are prolific! Some slightly longer than a fingerling potato, they are nutty and very creamy. Our favorite by far. We like to parboil them first then cook in butter on the stove or directly roast them. They are yummy with scrambled eggs or a curry. In the furthest Western point of the US, the Ozette potato has been grown for about 200 years by the Makah Native American tribe. This potato was one of the only potatoes to have been imported directly from South America. It did not pass through Europe first like the other North American potatoes. It is believed that in 1791 the Spanish built a fort at what is now Neah Bay where the Makah tribe lives. The Spanish planted potatoes in their garden. When they found the winter conditions too harsh for safety of their ships, they abandoned the fort in Spring of 1792.

The Makah tribe started growing this potato since then. In the late 1980s they made it available outside their Nation. A few farmers sell them at farmers markets and Slow Food Seattle (SFS) bought 500 pounds of the seed potatoes in 2006 to sell to home gardeners and farmers.